The World Health Organisation (WHO)

knows that suicide is not being dealt with adequately because of a basic lack of awareness of suicide as a major problem and because of the taboo around suicide meaning many societies won’t openly discuss it. The WHO also recognises that suicide prevention requires involvement from all sectors if suicide rates are to decrease.

We recognise that everyone has opinions about suicide.

Some think people have a right to die, others, that life should be valued and suicide is wrong, others see it as a selfish act, a cowardly act, others as a brave thing to do – but there is one opinion we believe everyone shares, one that states that if there are steps we can take to reduce the number of suicides and suicide attempts in society, then we should look to adopt these steps and start building Suicide safer communities for a brighter tomorrow. 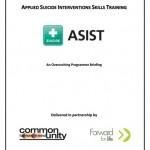