SCHEMA as a one day suicide prevention programme has been quietly in development for a while, but after it's initial successful pilot in 2018, the demand for this one day option has escalated both in Birmingham and further afield with over 150 people already trained in this year alone and more booked in the future. TWR has also gained greater recognition as the place to go online health and wellbeing directory with endorsements from both the public and private sectors in Birmingham and Solihull. For years, World Mental Health Day has mainly concentrated on Mental Health Illness and the wellbeing side has hardly been touched. In 2018, we turned this round with a World Mental Health Day event that highlighted the importance of looking after ourselves and our own wellbeing. With over 140 delegates and inspirational speakers discussing the value of wellbeing, The Being Well Works Well Conference was a huge success. TWR: The Next Generation

Demand for this one-stop health and well-being information online directory was increasing significantly in 2017 and there was a clear need for a face lift. Version 2 of this popular directory included a full redesign in looks, accessibility and ease of use including full search capabilities, social media, text and email sharing options. With the new version came greater engagement from Birmingham and Solihull citizens to the point that currently 3000 hits at www.the-waitingroom.org are witnessed each month. With the success of the ManMade Programme across Dudley and Sandwell and its more recent adoption in Birmingham, there was a recognition that a wider audience needed to push the important message about men and survival out further. ManMade The Conference provided that opportunity and brought together inspirational speakers from the UK and further to talk about the challenges many men have in the modern day. The legacy from this conference can be tracked across the UK today where support for men is concerned. 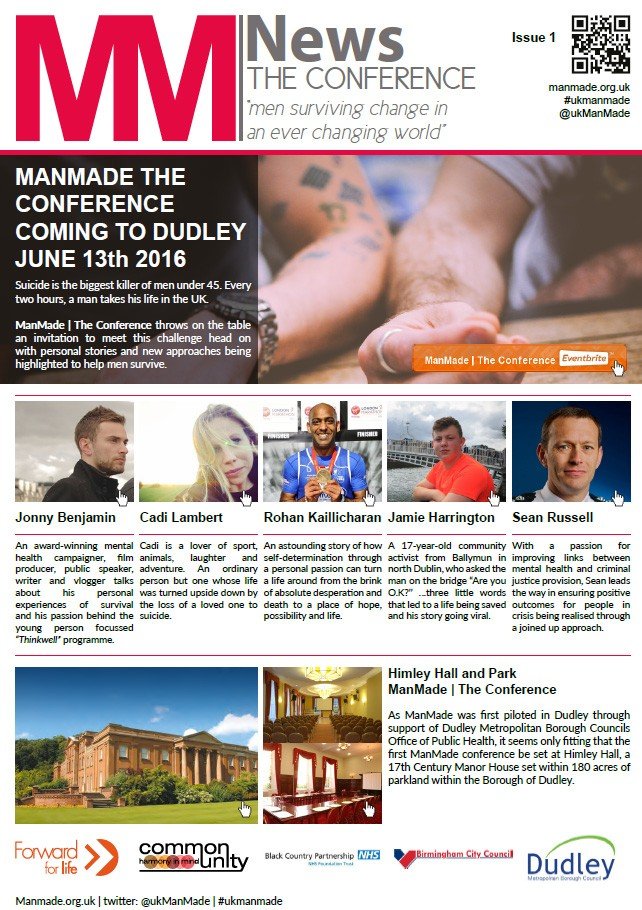 With a new way of working agreed, Common Unity rolled out the Connecting Community Networks Programme. CCN, as it came to be known, allowed a strong commitment to areas of work where need was high but provision was limited. CCN included suicide prevention awareness training, men support programmes and the continued development of social media opportunities. With a strong emphasis of ensuring citizens were better informed of what was happening at a grassroots level, the Vanguard online news update was developed and The Waiting Room was born. 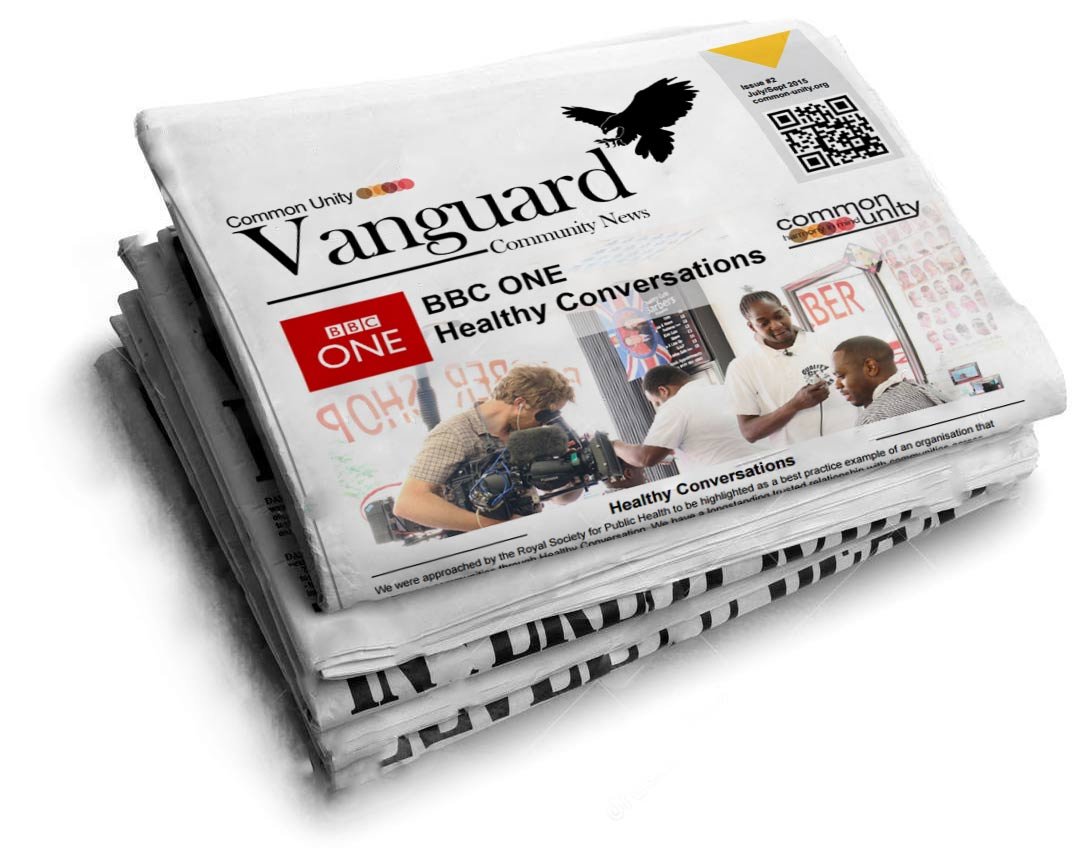 Working alongside the Public Health Team in Dudley, Common Unity and Associates developed a whole new approach to working with men who may be vulnerable to suicidal ideation. This approach, which utilised a peer support approach was developed and refined with great success being known as ManMade. Future years would see ManMade being adopted further afield in the West Midlands and even recognised nationally as a best practice example for supporting men to survive in an ever-changing world. 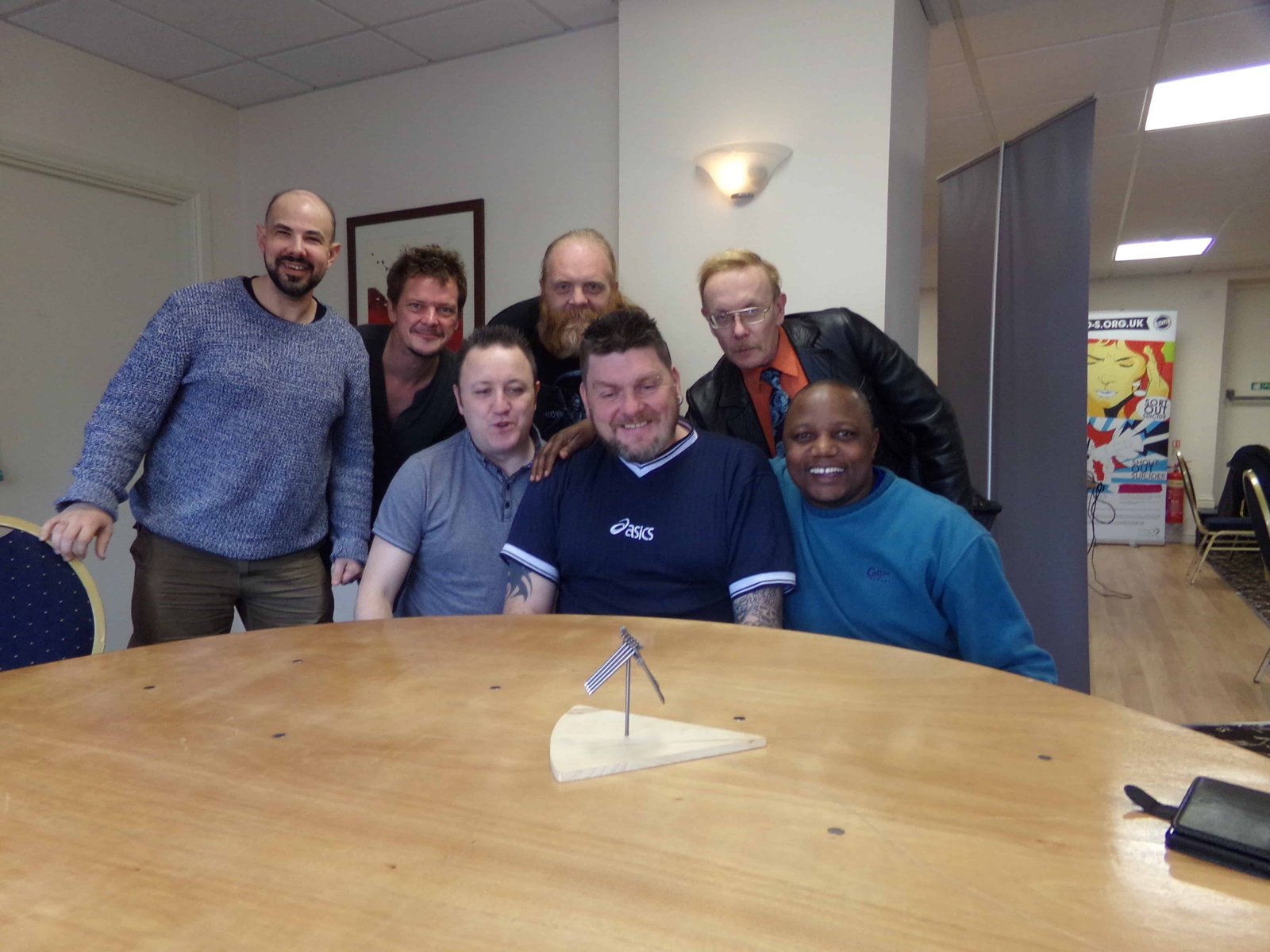 With the increased acknowledgement that suicide was a key health issue to challenge head on, Common Unity and partners began overseeing the delivery of suicide prevention training utilising the internationally recognised courses known as ASIST and safeTALK. Through upskilling front line workers across the health and social care sectors and wider, we believe that opportunities for successful interventions have increased across the patch as well as their being an opportunity to challenge the stigma that is associated with suicide across communities. The URBRUM project is a community-facing magazine and social media platform that aims to engage with inner city communities to capture the true picture of the key health issues affecting the diverse range of citizens. Citizens can engage and communicate their health concerns via a variety of mediums. Urbrum also provides decision makers with a much richer narrative of what goes on at ground level. 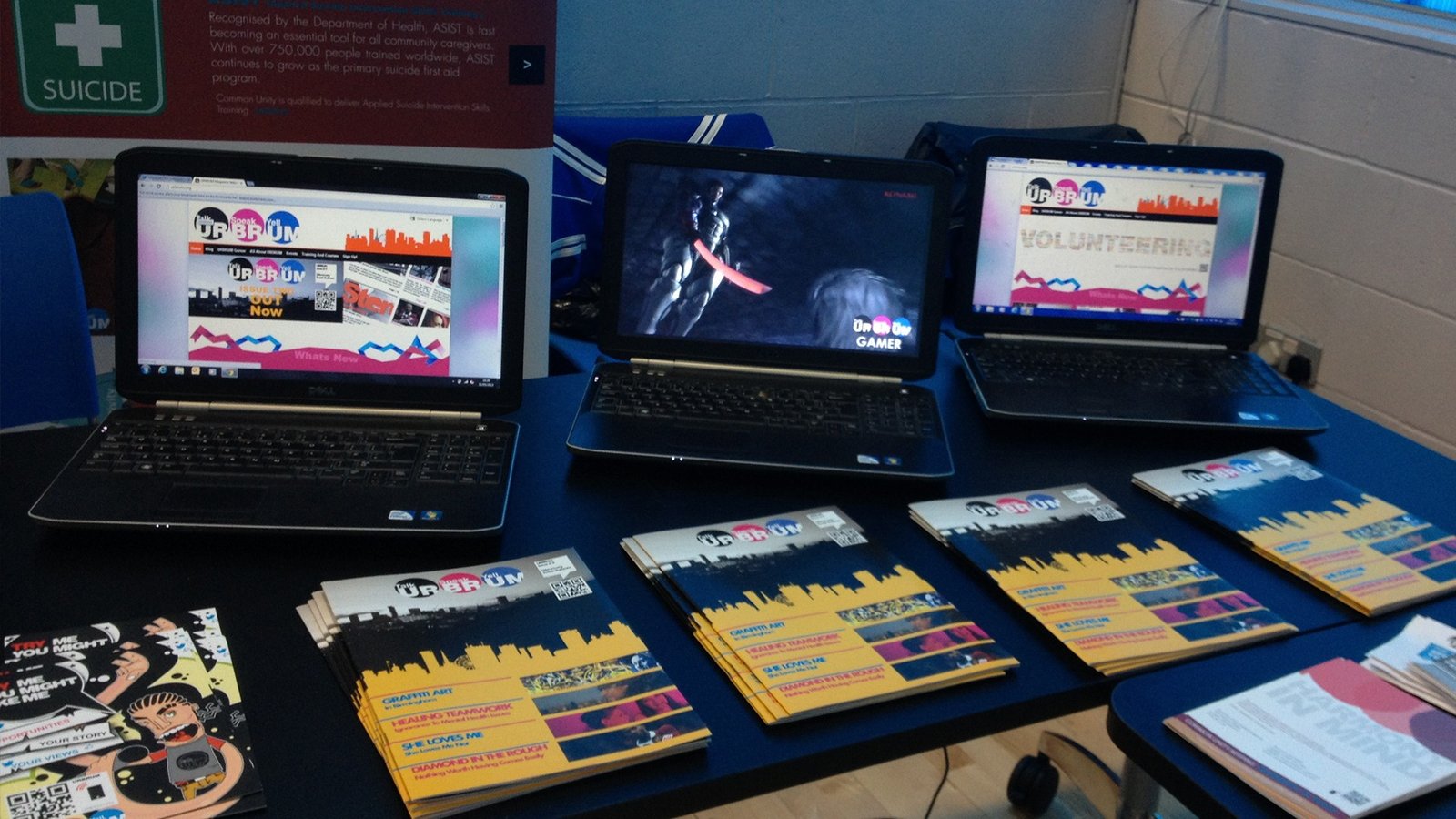 As the first organisation to manage the Community Development Worker (CDW) as one cohesive team in 2011, it brought about the roll out of the Community Cohesion Programme (CCP) across Birmingham and Solihull. This involved close partnership working with a range of third sector providers delivering training, engagement and volunteering opportunities to upskill frontline staff and community members. 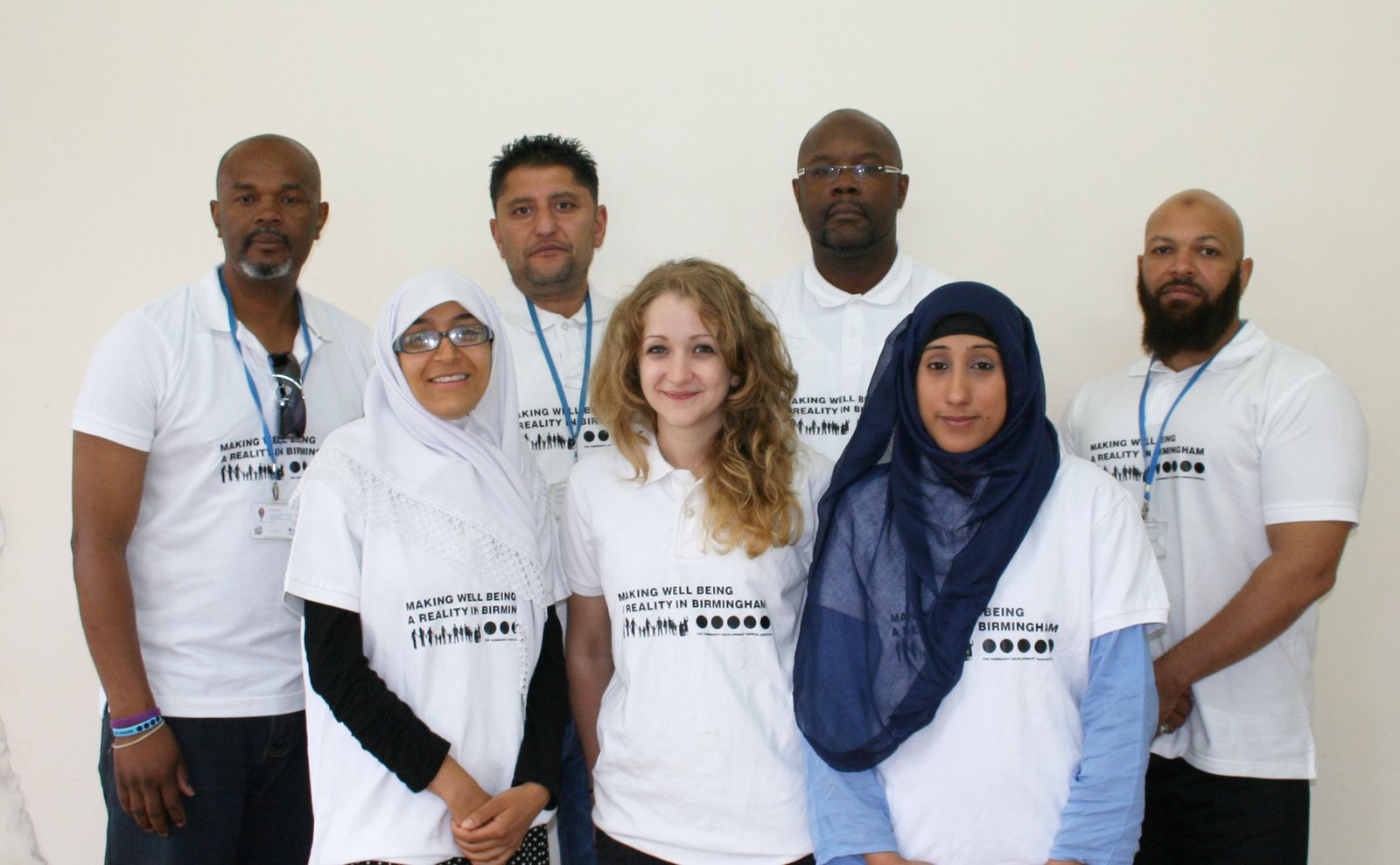 Due to the success of the Barbershop project in 2008, we were asked to develop a female focussed version and in 2010 the “Beauty Shop” magazine was created. The Beauty Shop magazine was distributed across communities in hair/beauty salons and nail bars to raise awareness of challenges that women faced with mental health related issues.

The Pamper Zone was developed due to an identified gap whilst rolling out the Beauty Shop magazine, as not all communities were able to go hair salons or nail bars. The Pamper Zone aimed to give Birmingham citizens a very similar salon experience within their own communities. The engagement with the beauty therapies generated various health conversations in a relaxed and safe environment. The ground-breaking Barbershop project came to Birmingham from Preston in 2008. The project looked at addressing the stigma and raise awareness of mental illness amongst the Asian and Black men. The community magazine “Barbershop” was developed by community members alongside Common Unity, the magazines were placed in barbershops across Birmingham to generate conversations about personal experiences and to destigmatise mental illness. 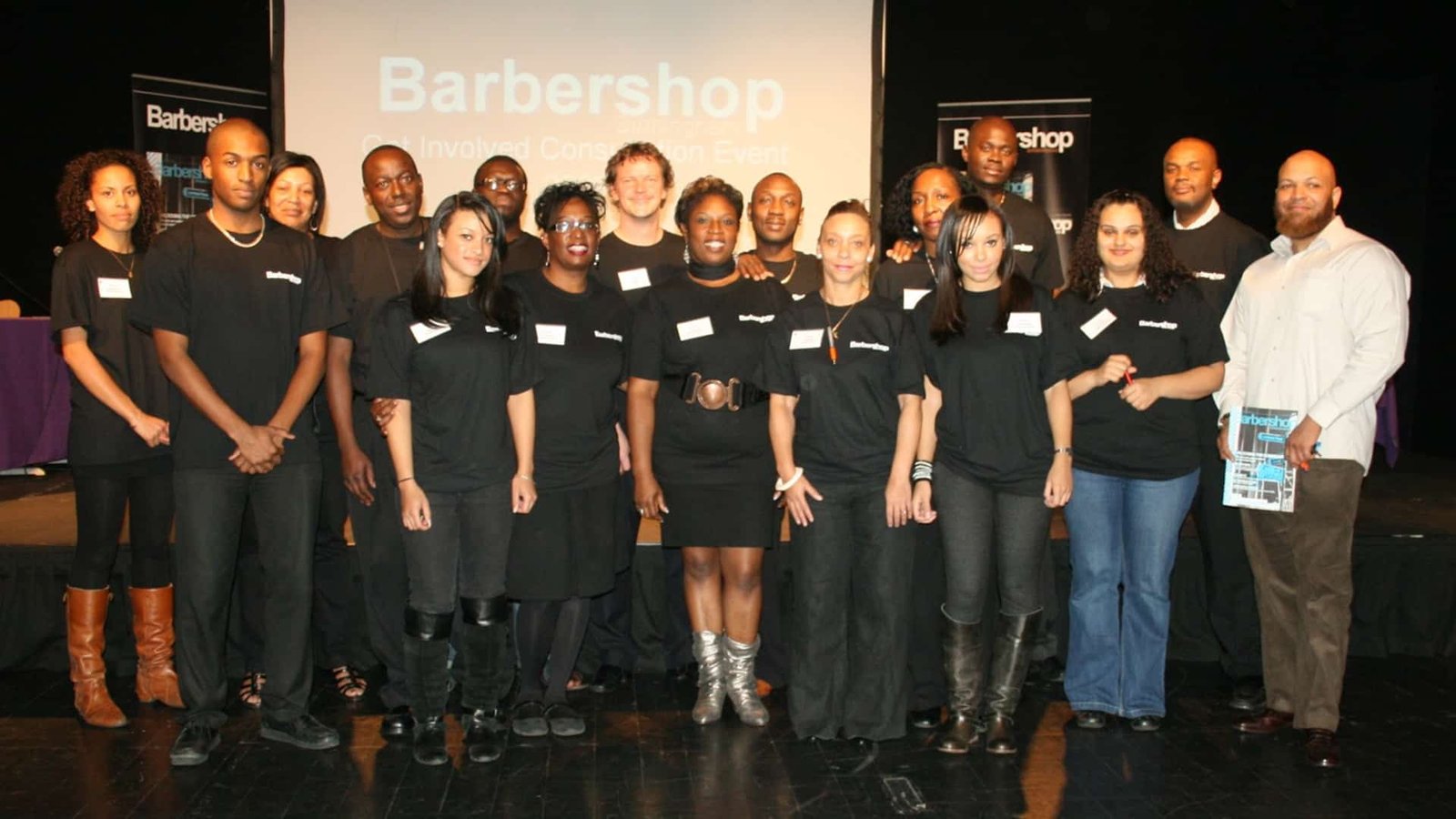