BBC West Midlands 95.6 presenter Dan Kelly talks about suicide within your communities and ways of preventing them with the help of Common Unity and Forward For Life. Master Trainers Caron Thompson and Terry Rigby, talk about training members of the public as well as professionals to look for signs within their communities and help tackle suicide at the source, by spotting the signs early and implementing prevention measures. Offering help and advice while sign posting that individual to an organisation that could offer them more support is crucial to preventing suicide. 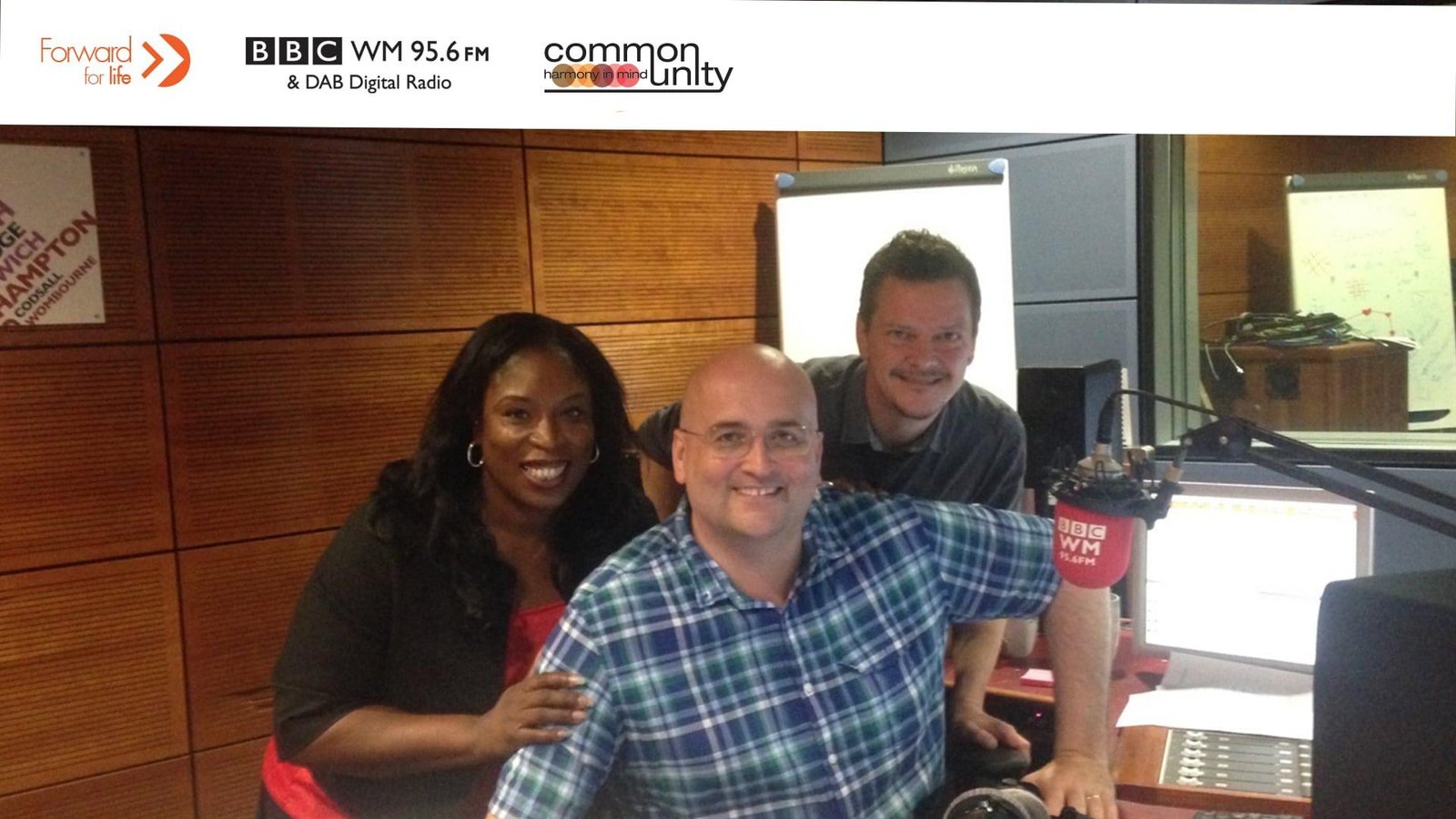 Media attention to suicide prevention came on the back of the story of Jamie Harrington, a Young Ambassador for Dublin becoming the next European Capital of Culture in 2020, who helped a man find reasons for living on a bridge in his home town. This story went viral with Jamie being repaid in a very special way. The man who had kept in contact with Jamie since their encounter on the bridge told him the news that his girlfriend was having a child, and they were going to name the child after him.