Suicide Crisis, a Cheltenham based charity which offers a safe space for people who have suicidal thoughts so they can be heard and supported, have been recognised for their dedication to suicide prevention in receiving The SOS Suicide Safer Community Award. Suicide Crisis was set up in 2013 by a survivor of suicidal crisis.

She couldn’t find the type of support she needed, so she set about creating it in Gloucestershire. Suicide Crisis has a small team who get to know clients well, and offer continuity of care. The Team members are very well-trained, but their personal qualities (empathy, kindness and commitment) are of even great importance.

The charity is being accessed by people who say that they would not go to their GP or other services. The SOS award is a new accolade that is presented to organisations that have gone that extra mile to support communities to be suicide safer.

The award was presented by Forward For Life and Common Unity who are the Birmingham based founders of the SOS Suicide Prevention Programme (www.s-o-s.org.uk). The SOS programme champions suicide prevention both across communities and within organisations with the clear goal of reducing the stigma that surrounds suicide through campaigning, local strategic support and specialist training.

Terry Rigby, Company Director at Forward For Life, said: “Suicide Crisis provide an exceptional service to local communities – their dedication to saving lives, enhanced by having the necessary skills to best reach out to people when they are at their lowest ebb is admirable.”

Caron Thompson, Company Director at Common Unity, said: “For me, one of the most inspiring aspects of Suicide Crisis is that it is only down to the unwavering hard work, personal investment and time of Joy and the volunteers that this charity exists – Cheltenham and the County of Gloucestershire are very fortunate to have on the ground support from this dedicated service.” 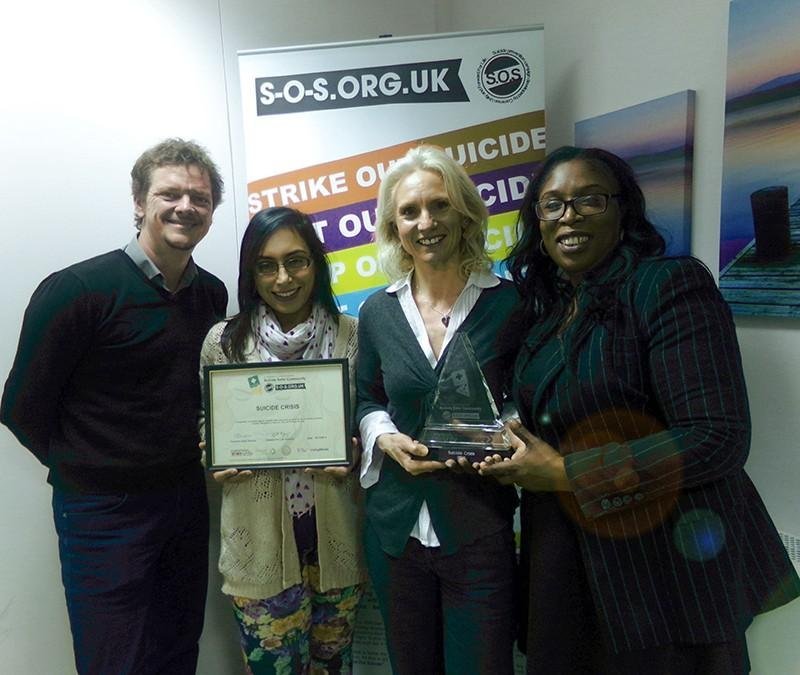 Birmingham-based Common Unity and Forward For Life are leading the way across the West Midlands and further afield in offering the internationally recognised safeTALK and ASIST courses as a joint approach to establishing ‘Suicide Safer Communities’. They bring with them nearly 40 years of expertise and specialist knowledge in the fields of suicide prevention, mental health and well-being. Recent national and regional Public Health information has shown that Gloucestershire continues to have a much higher suicide rate than the national average. However, only a third of the people who have completed suicide in those years had used mental health services.